The fifth baby in Jason Freeny and Mighty Jaxx’s Brick Baby series. This little bundle of joy was born under extraordinary circumstance! In the middle of a winter storm, high in the Himalayas, he shot out of the birth chamber and into a vat of vampire goo. His skin turned cold blue and his one little tooth transformed into a fang.

Halloween is 7 months away but do the undead care? No! Hopping over with the release of Brick Baby Jiangshi, we've got the thrills for the chills.

A cold descends onto the Mighty Jaxx office (also because the A/C here is ungodly) as Brick Baby returns for the 5th time. In what would have been a smooth and trouble-free birth quickly went awry when the birth chamber shot him out and into a vat of vampire goo. Unfamiliar with what a Jiangshi is? A Jiangshi, also known as a Chinese hopping vampire or hopping zombie, is a type of reanimated corpse in Chinese legends and folklore.

Depending on who you ask, there are different ways to raise a Jiangshi. Some say a bite from a Jiangshi will slowly turn its victim into one, it is also said to be raised by a necromancer, or when the soul of a dead man cannot leave his body due to reasons in life, such as they were a horrible troublemaker, or if they commit suicide.

If they are raised soon after death, their appearance looks almost like a normal human, however if they have decomposed some time before they come to life, they can look horrific and ghastly. Our Brick Baby Jiangshi did not have such a horrifying start to its (undead) life. A mishap in our top secret Brick Baby factory sent 300 of them flying out of their birth chambers and into the aforementioned vampire goo. What was vampire goo doing there you ask? I don't know but we really need to tidy that place...

As you consider adopting your very own Brick Baby Jiangshi, you might be wondering what you can do to keep yourself safe (just in case). Keep your mind at ease, these Brick Babies might be Jiangshis but they're tame and harmless! If anything, they are really adorable. Just look at that tooth! But should you ever come across a dangerous Jiangshi, and also just for your peace of mind, here is how you can defeat them!

Turns out Jiangshis are a vain bunch. The sight of their own reflection is said to scare them off, they probably can't believe how ghastly they look.

Not any urine, but urine from a virgin boy. Oddly specific but okay interwebs. This means that Brick Baby Jiangshi is fully capable of off-ing himself... Told you there's nothing to worry about! Heh.

Jiangshis love the cover of night, and the sound of the rooster's call normally signals sunrise. This will confuse the Jiangshi's simple brain and send it scrambling for cover! Allegedly. And also hopefully away from you.

This one had us laughing. Dropping a bag of coins will cause the Jiangshi to stop, and count the coins! Jiangshis must be dedicated accountants to even want to do this when dead.

Plot hole! How will they bend their stiff bodies to count the coins? Now you know how to protect yourself against a Jiangshi, don't worry about the Brick Baby Jiangshi attacking you while you sleep. He's really a nice little guy! So far, he has been spending his days in the Mighty Jaxx office hopping about looking for some coins.

The cheeky fella loves giving us a little scare too. Hiding in corners and jumping out as people walk by. Once he even hopped out of the TV while we were having a game night. 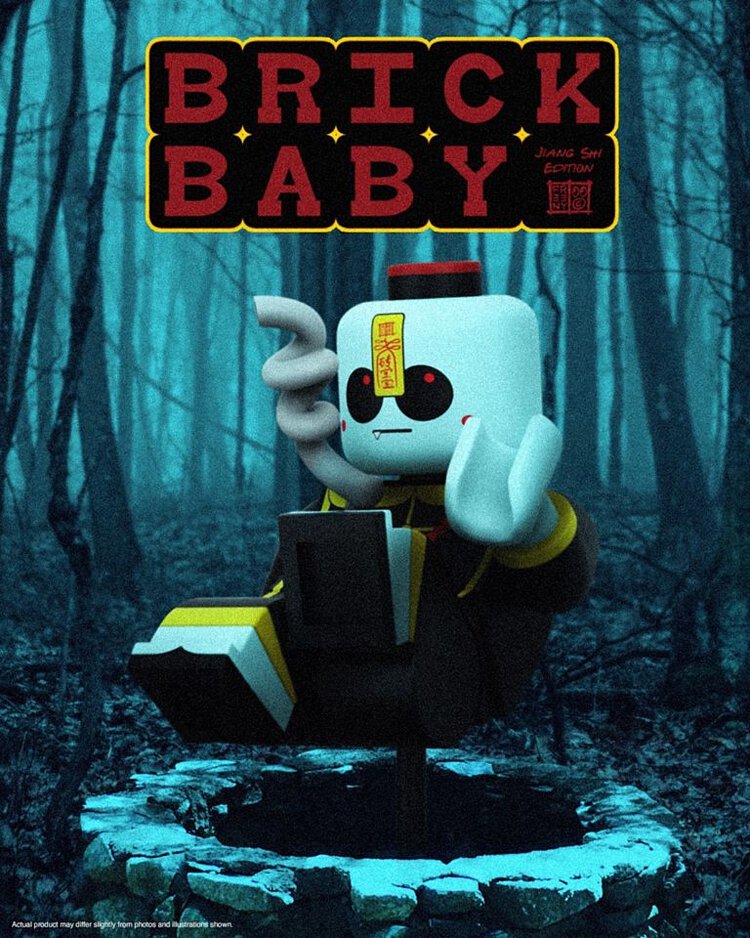 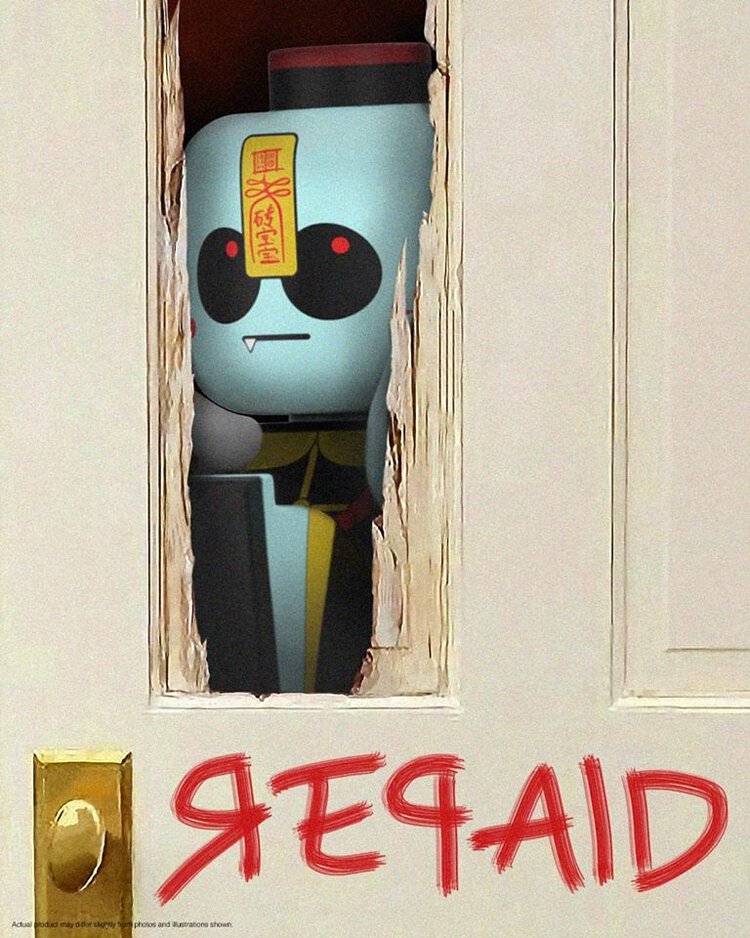 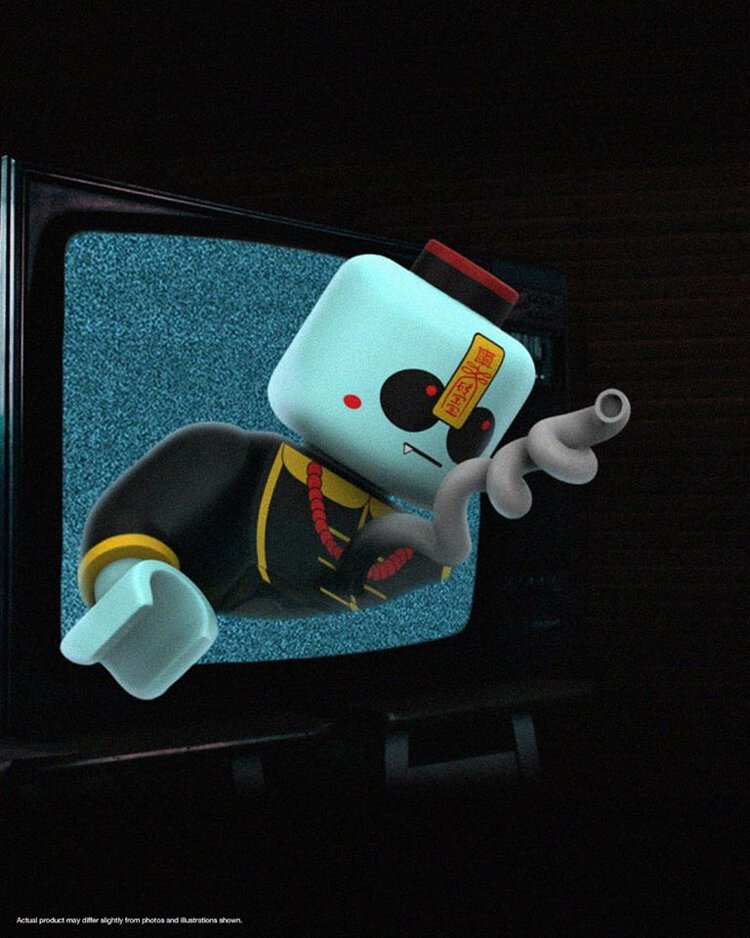 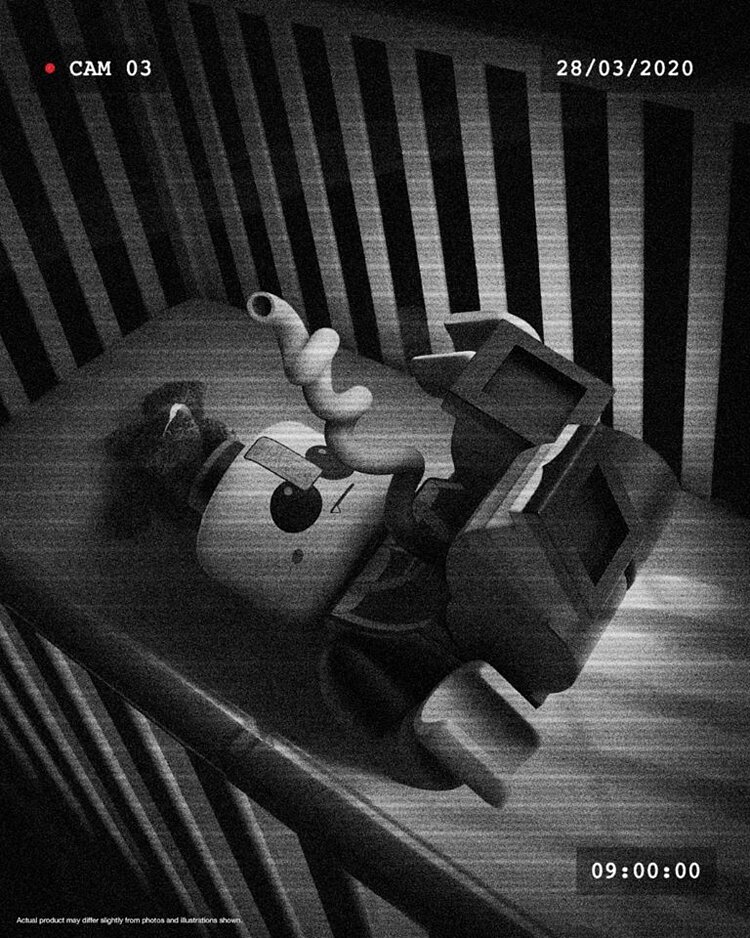 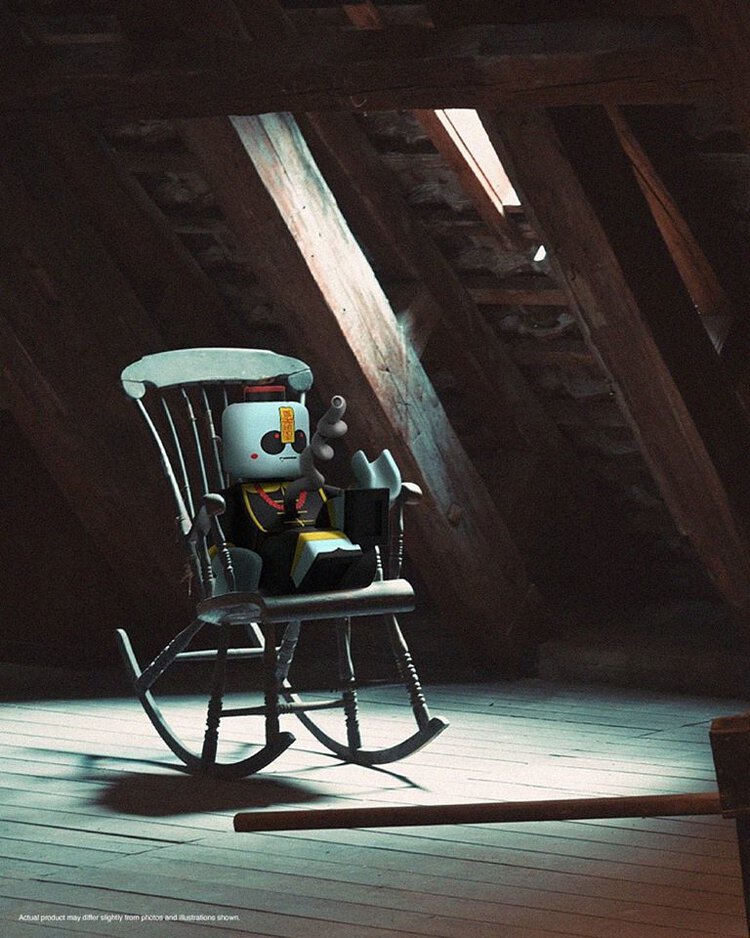 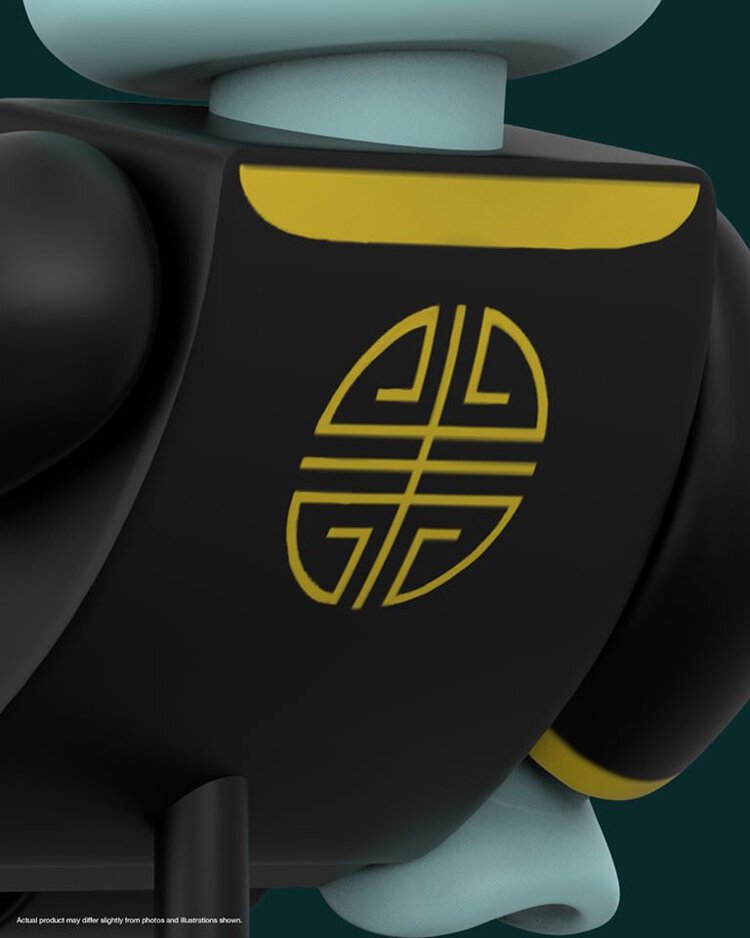 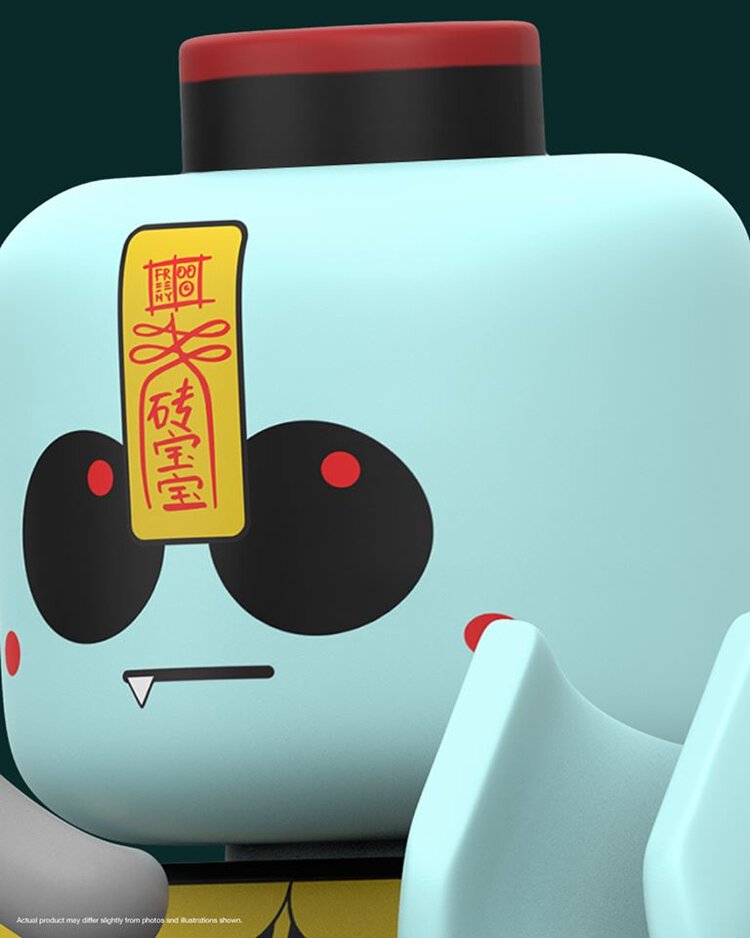 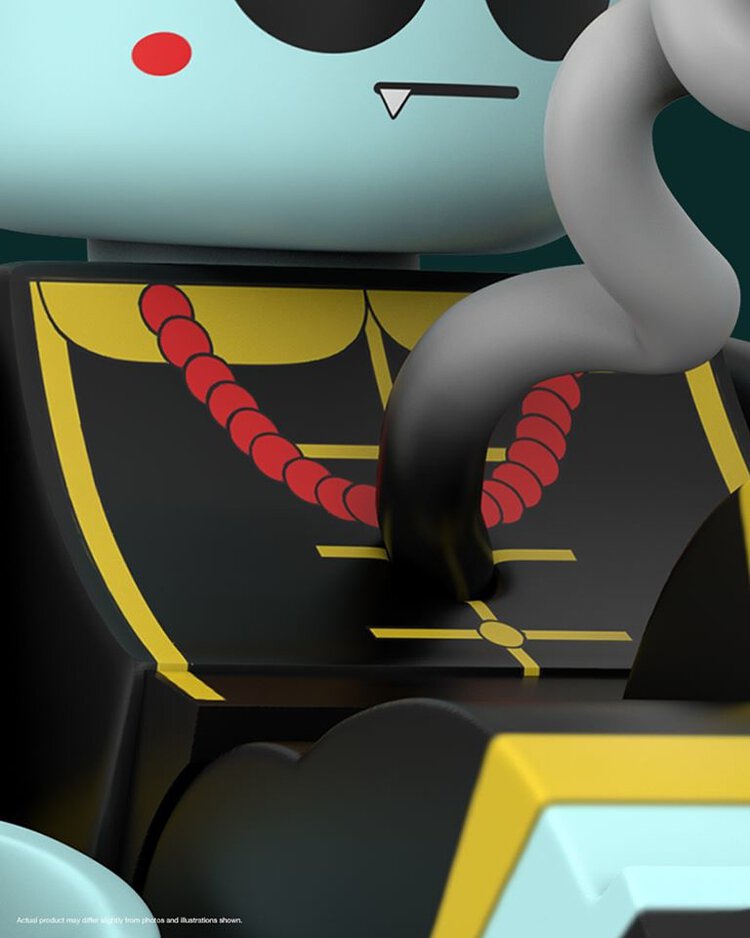 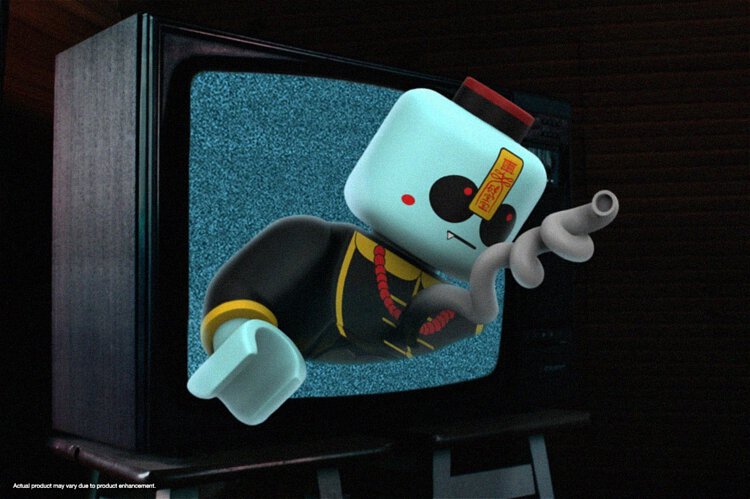