“Bamf” … One of the best-known onomatopoeias in the Marvel universe, used to describe the sound generated by the displacement of air and sulfur, resulting when he teleports. Thus, in the midst of a purple cloud, he appears wherever he wishes with his scary elven appearance, but behind that, he presents one of the most devout and altruistic characters in the mutant X-Men universe. Bringing a small decorative base in the form of a “Bamf” that accompanies him, on the base with the wreckage of a Sentinel Robot another “Bamf” cloud erupts over it, from where he jumps out of the shadows, indicating his teleportation for action in aid from his mutant brothers. Thus, Iron Studios is proud to present it’s first version of one of the most beloved X-Men, requested by many fans, the “Nightcrawler X-Men Statue – BDS Art Scale 1/10 – Iron Studios”.

Born in a small village called Witzeldorf in the German state of Bavaria, Kürt Wagner is the son of the mutant Mystique, from whom he inherited the blue skin, and the mutant Azazel. With pointy ears, a tail and just three fingers on his hands and feet, his mother abandoned him in a river to avoid being lynched by the villagers in her village. He was found in the Alps by a family of gypsies who raised him. So he grew up as a circus artist, but as an adult, when they discovered that his appearance was not a disguise and his powers were not tricks, he was chased by Germans who used torches and sickles just because he was different, thinking he was a demonic creature. When he was about to be killed by the angry mob, Kürt is saved by Prof. Xavier, and so he joined the X-Men in their second formation.

As a mutant, Nightcrawler has superhuman agility, the ability to teleport, he can become invisible in deep shadows, almost merging with them, his hands and feet can adhere to walls and other surfaces just like Spider-Man, and his physical mutation gave him yellow eyes, which he can see in the dark, and a prehensile tail. He is one of the few characters in comics that has his religion in evidence, Nightcrawler is a Roman Catholic. Created by writer Len Wein and artist Dave Cockrum. Guarantee your statue by pre-ordering with Iron Studios, as it will surely disappear like this … “Bamf”! 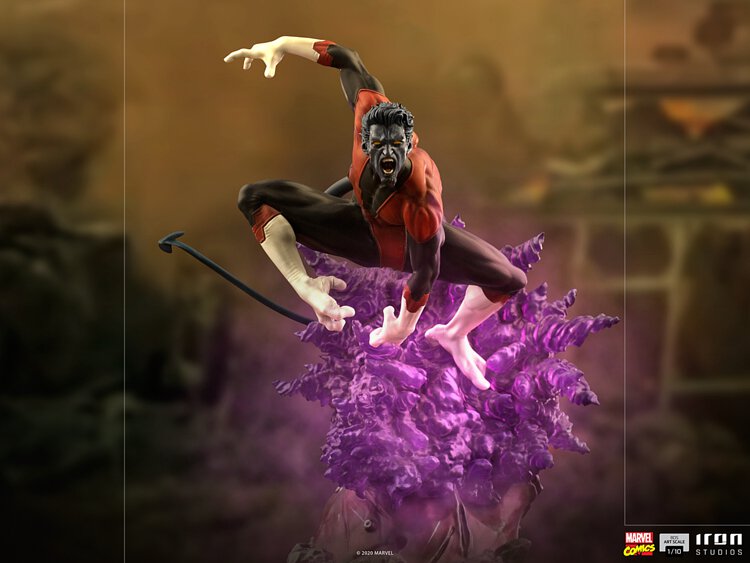 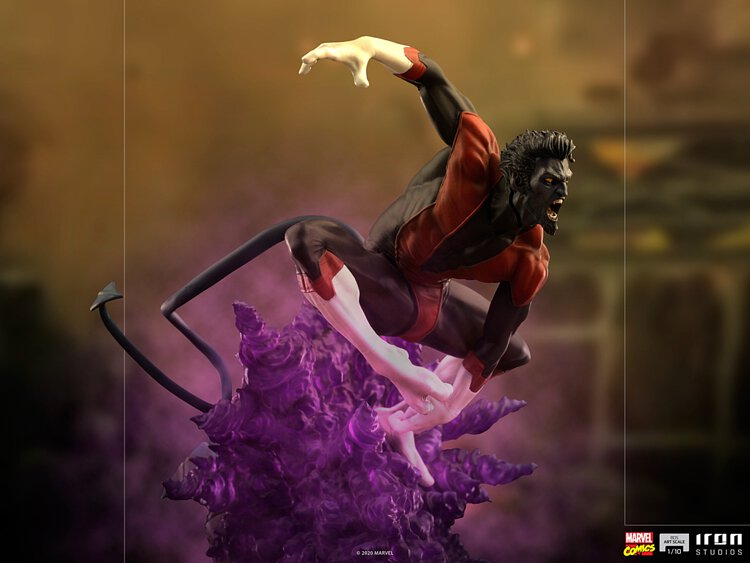 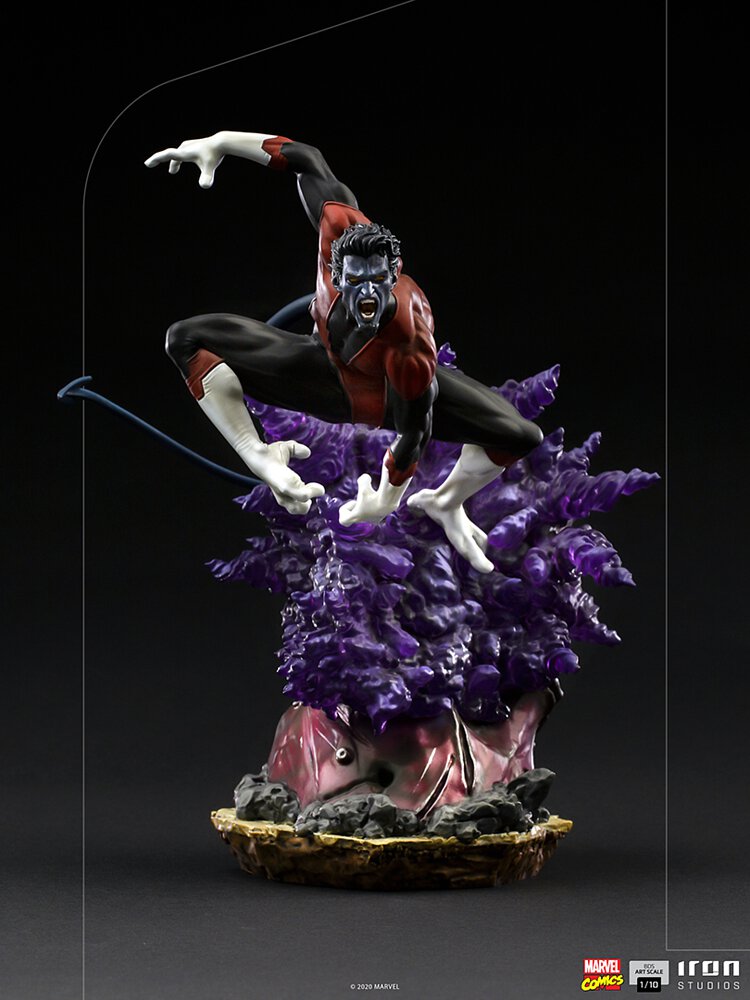 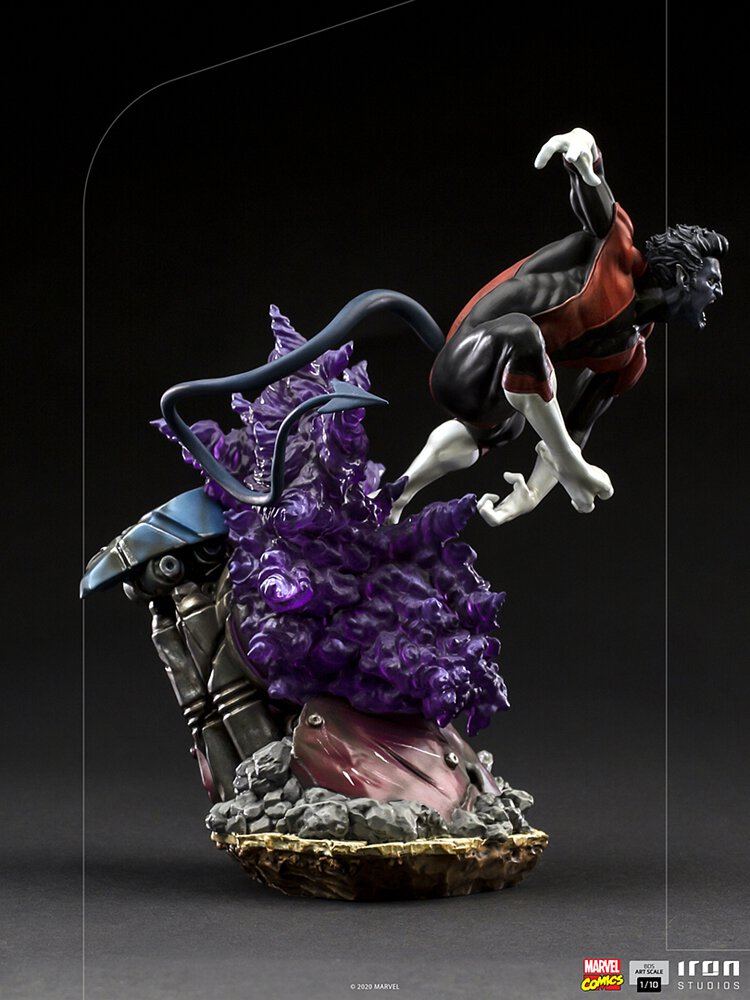 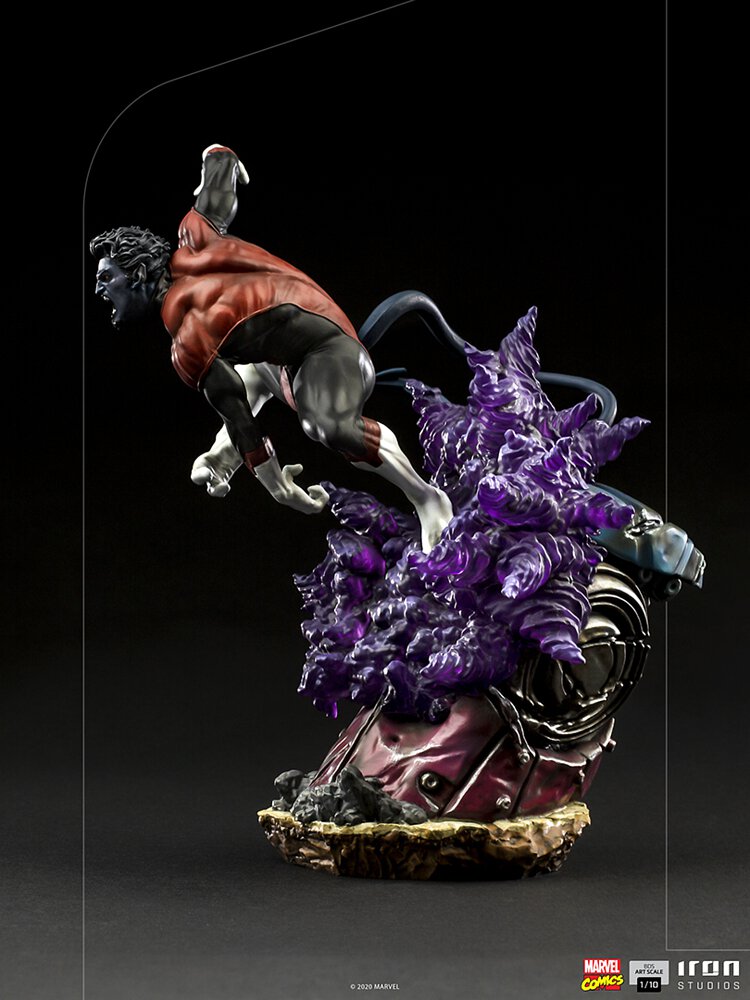 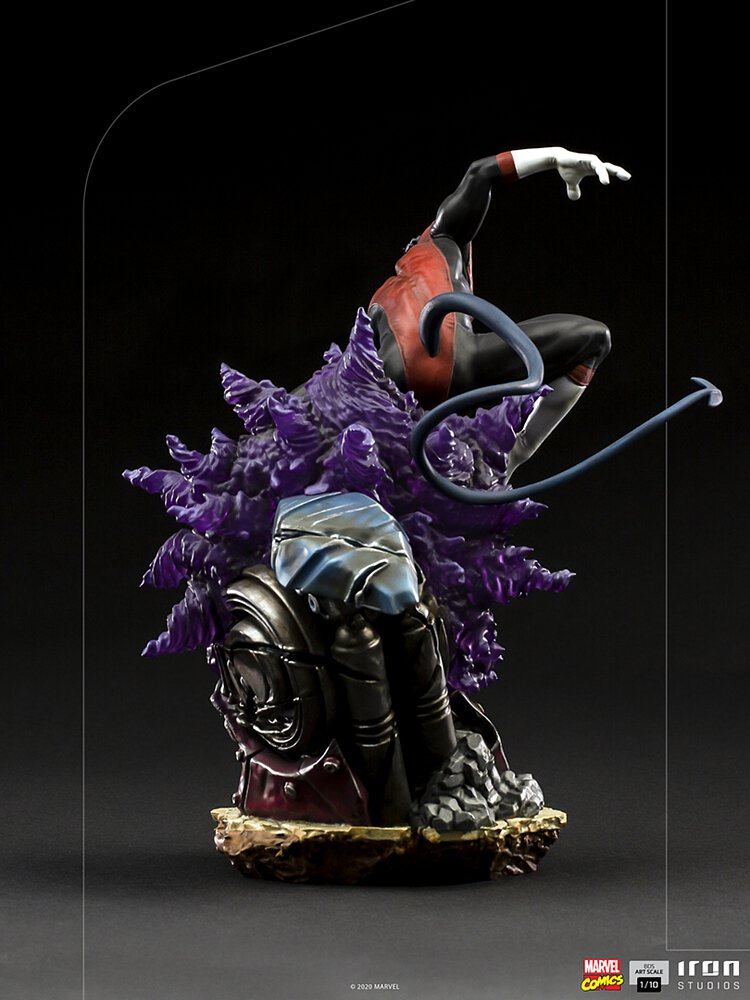 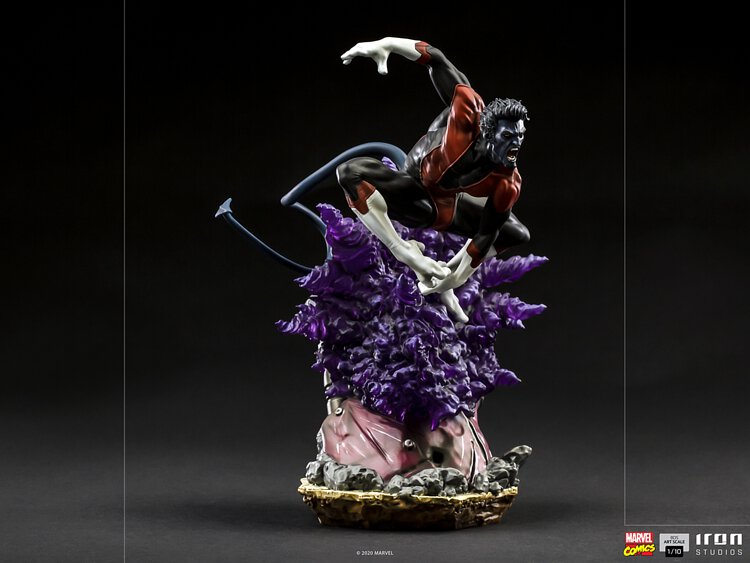 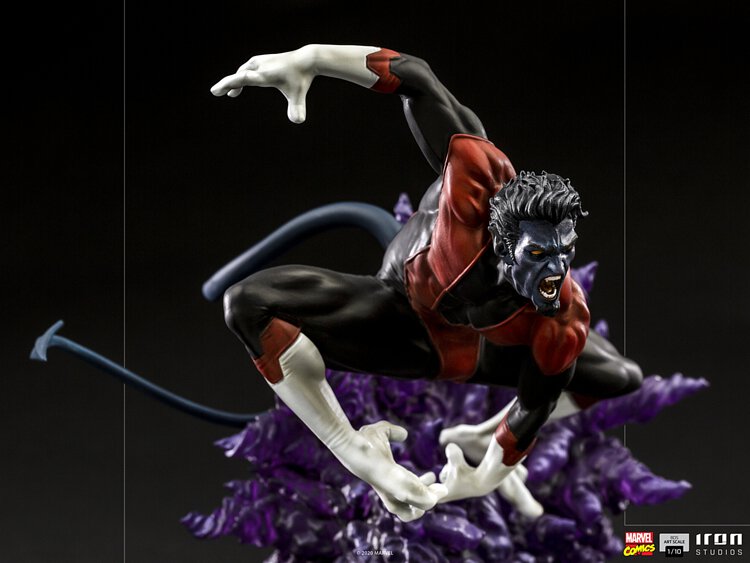 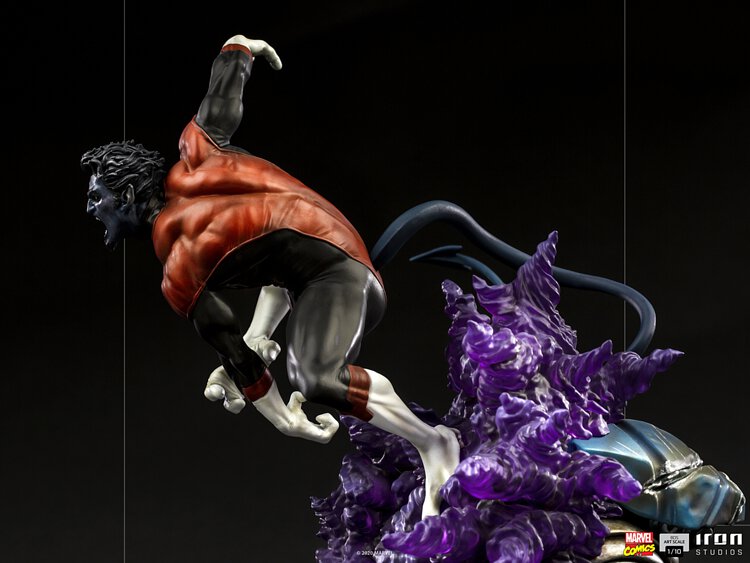 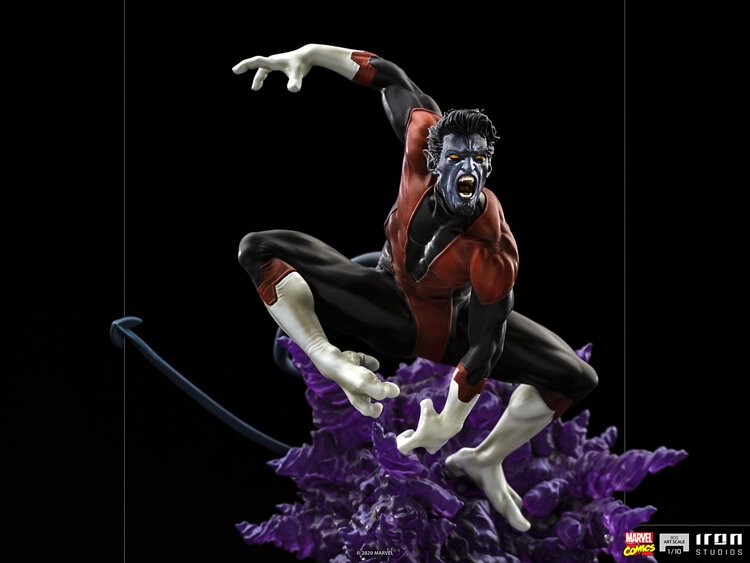 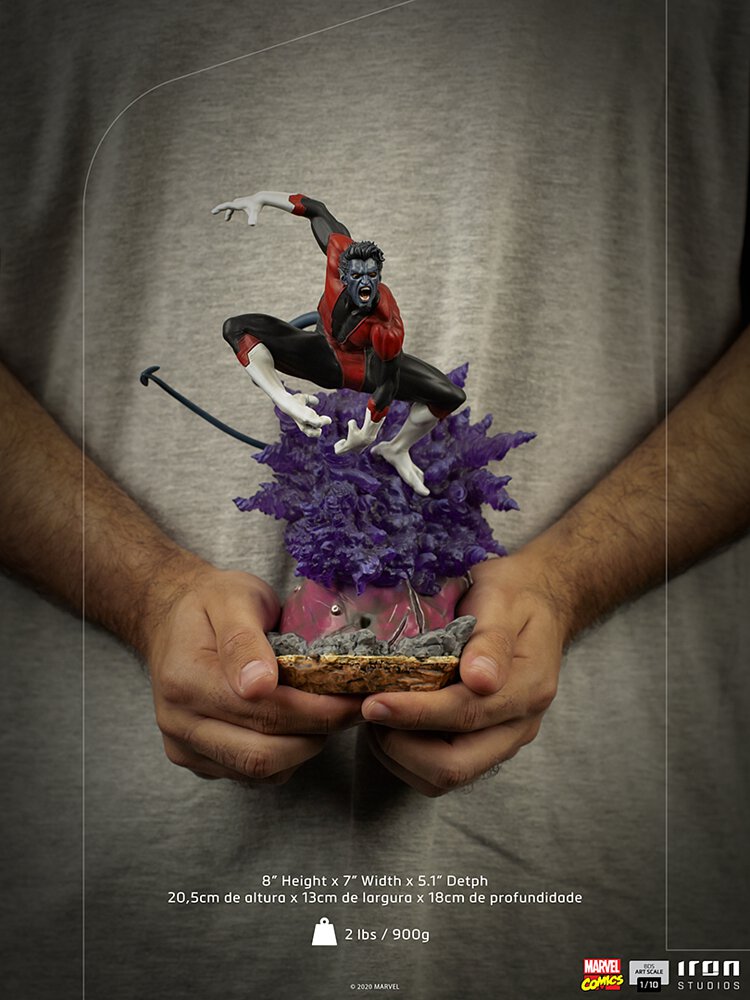