From the depths of the Netherrealm realm, the infernal underworld of Mortal Kombat, one of the most cultured and legendary warriors, resurfaces in search of revenge. On a rustic base of desolate ground formed by rocks, magma, skulls and bones at his feet, the lethal ninja, with spectral eyes, clenches his fists on the rope of his Kunai, his characteristic harpoon-like weapon, ready to launch and shout “Get Over Here”, capturing the opponent and bringing him close to him, executing him with his fatal blow.

Added to the collection that will bring the powerful Shao Kahn, the monstrous Goro and the immortal Raiden, previously announced, Iron Studios presents it’s eagerly awaited “Scorpion Art Scale 1/10 Statue – Mortal Kombat – Iron Studios”, accurately capturing the essence one of the most present and popular characters in the series, and one of the few that debuted in the first Mortal Kombat arcade game, and appears in all versions of the game on platforms.

His real name was Hanzo Hasashi, in his human form, and was killed by Bi-Han (Sub-Zero), having been reborn two years later as a ninja specter. Scorpion was once a member of the Japanese ninja clan Shirai Ryu and was codenamed for his deadly abilities. His most original movements are with his Kunai spear and the infernal fire. When masked, Scorpion appears human, although this is only an illusion because when revealing his true self, only his skull appears as a head sometimes on fire. Scorpion was played by Chris Casamassa in the first adaptation of the game in theaters in 1995, and returns in 2021 now played by the famous Japanese actor Hiroyuki Sanada in the long-awaited new Mortal Kombat movie.

Released US: Fourth quarter of 2021 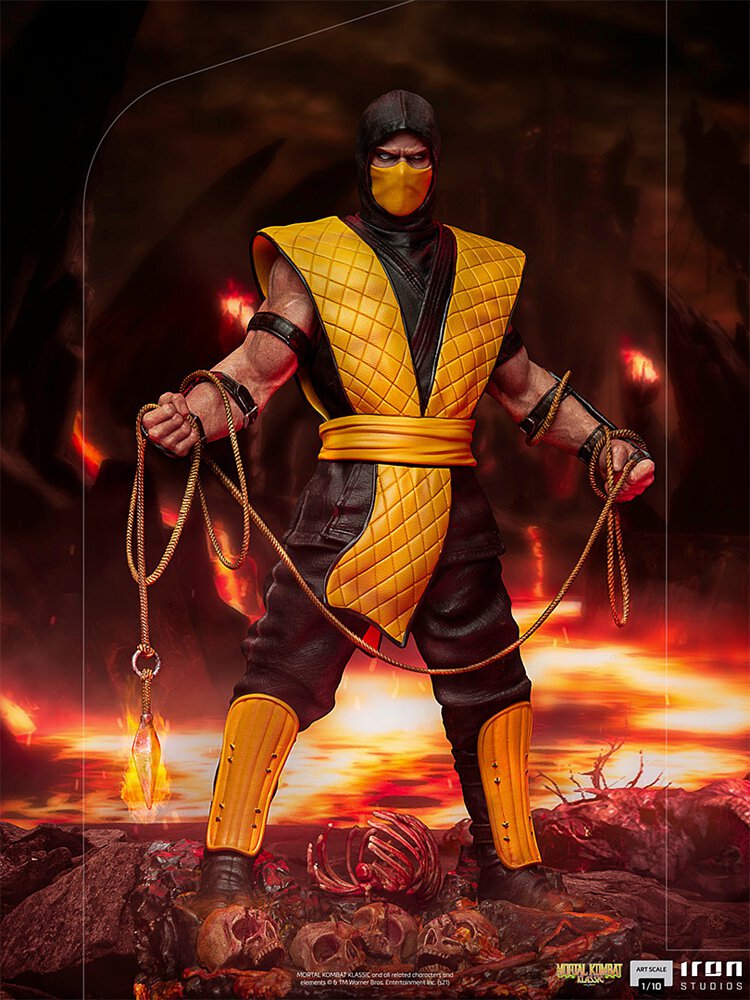 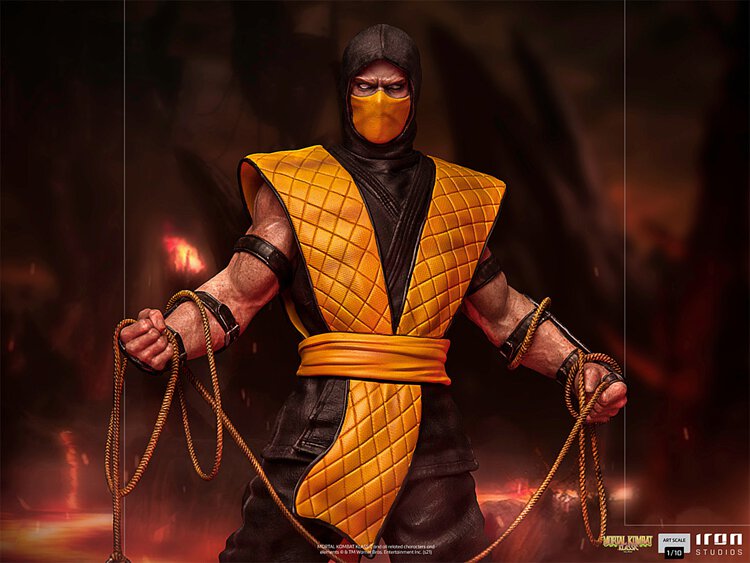 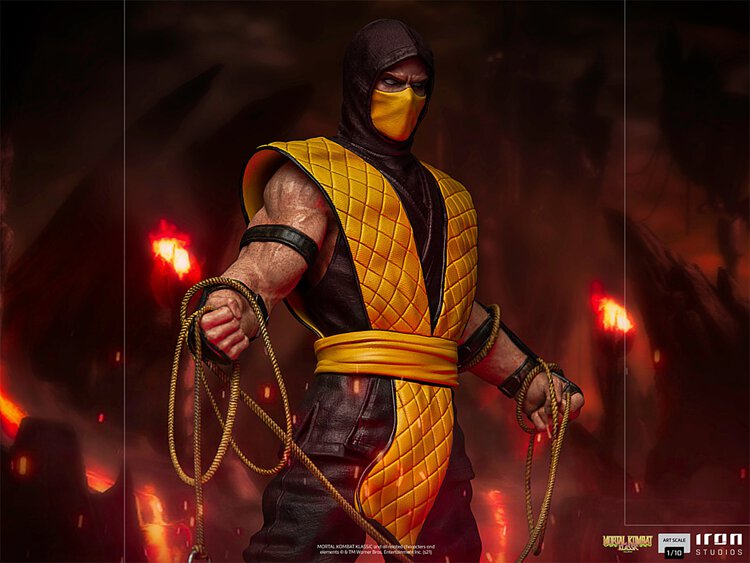 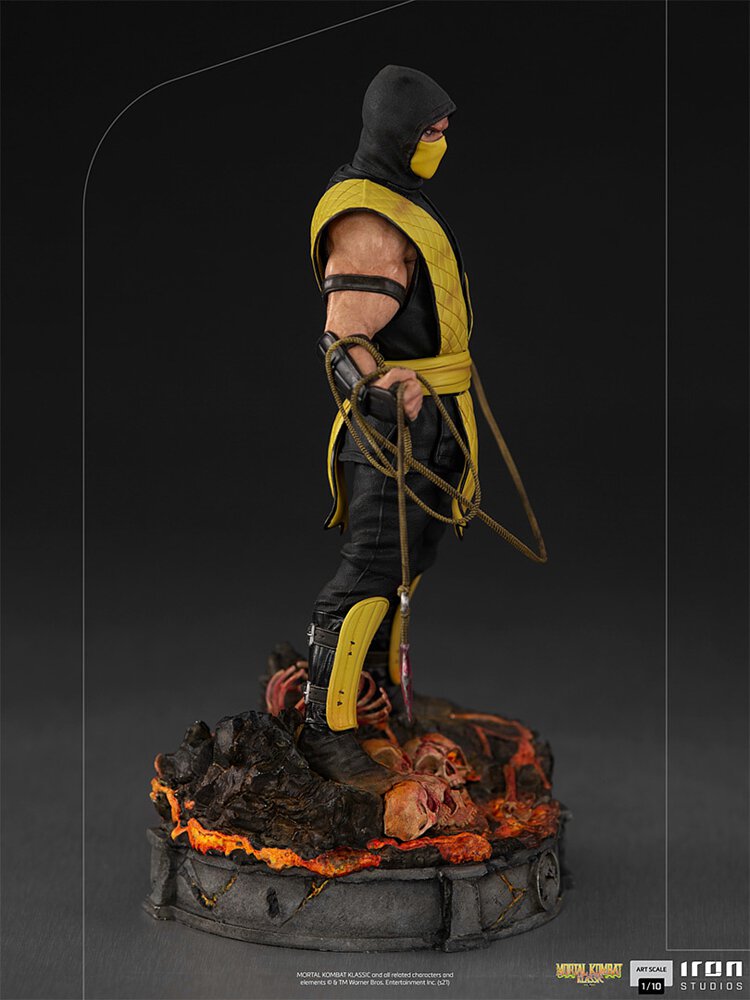 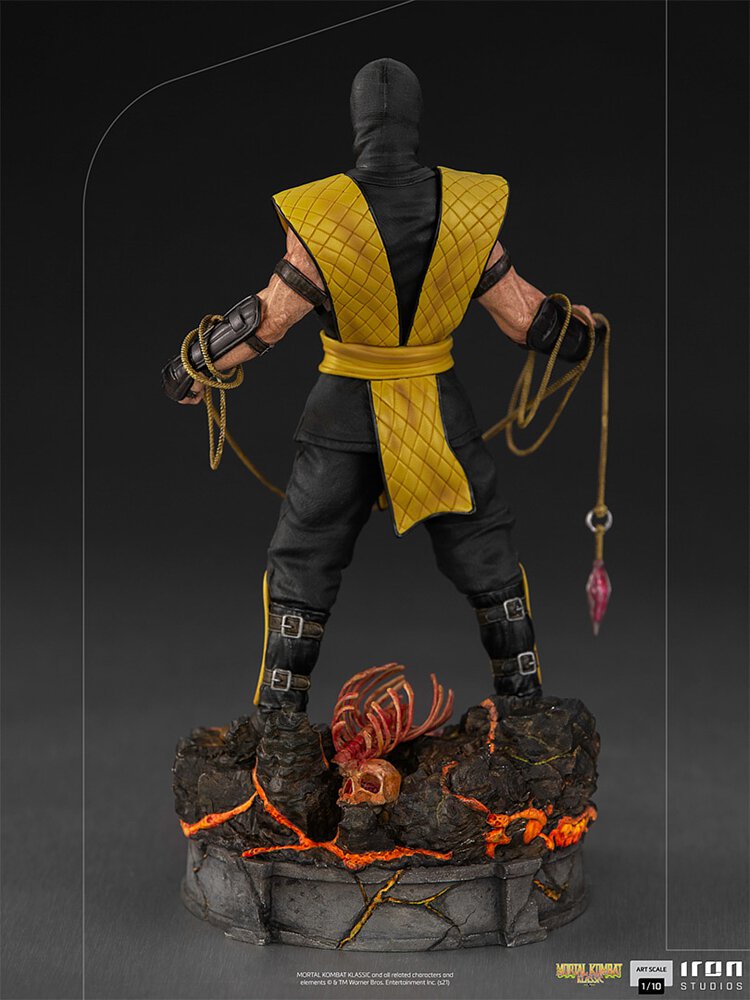 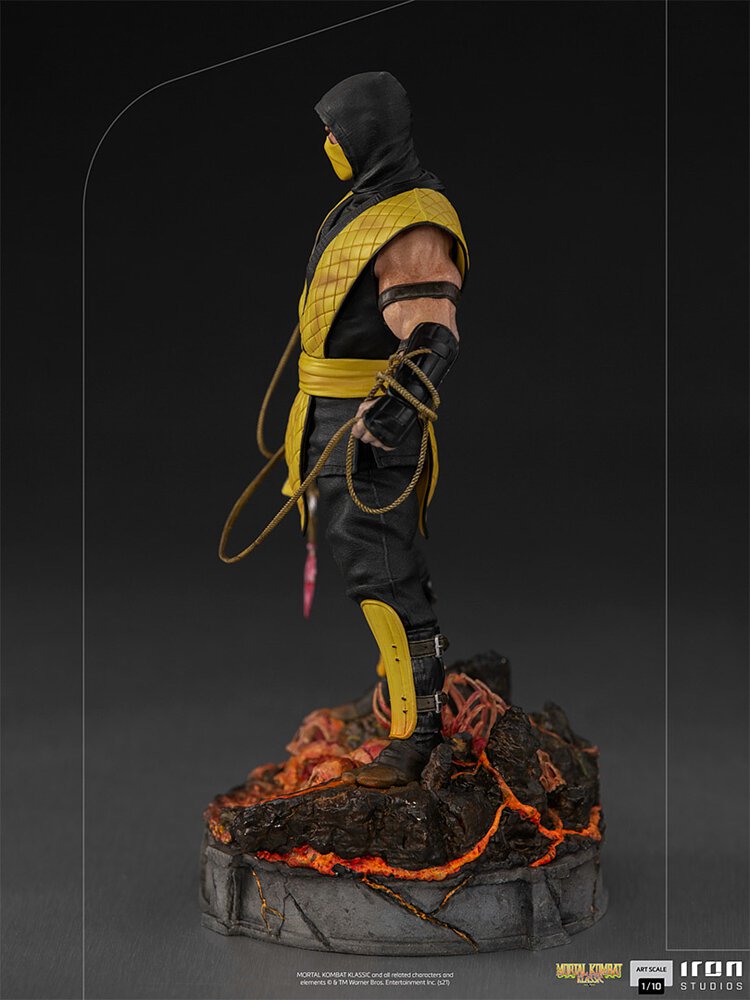 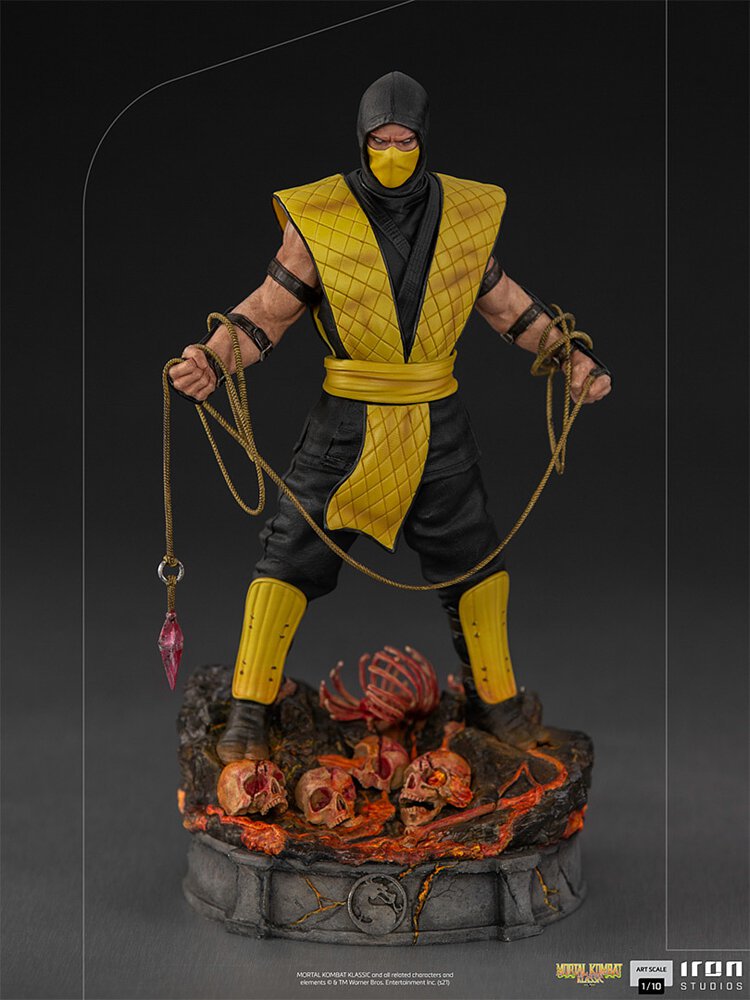 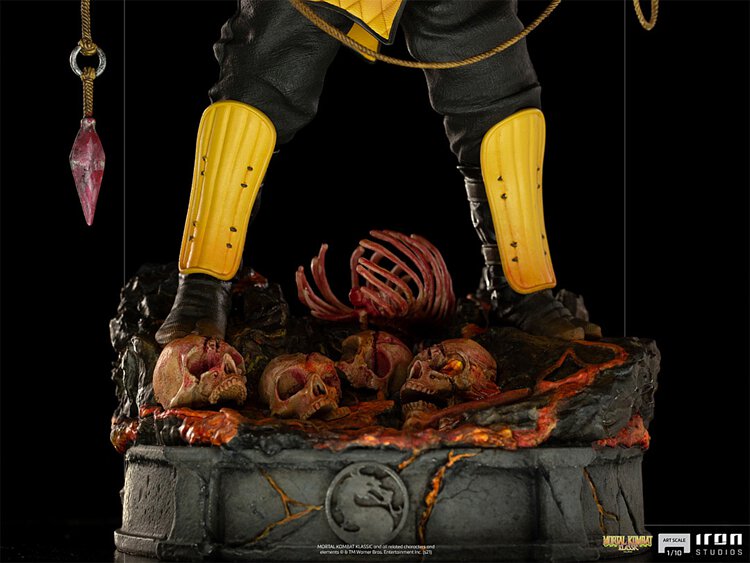 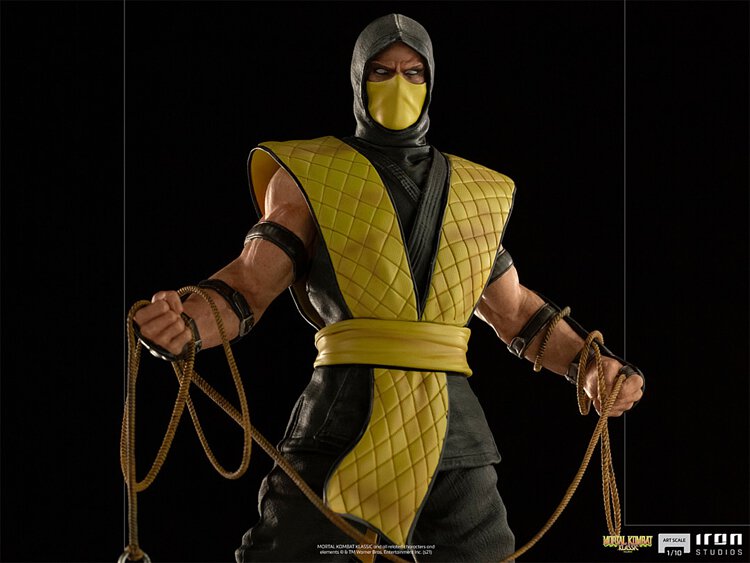 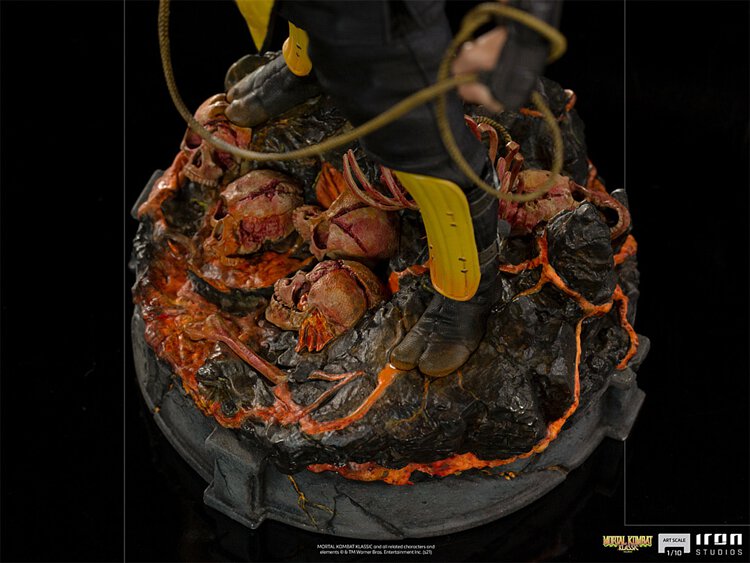 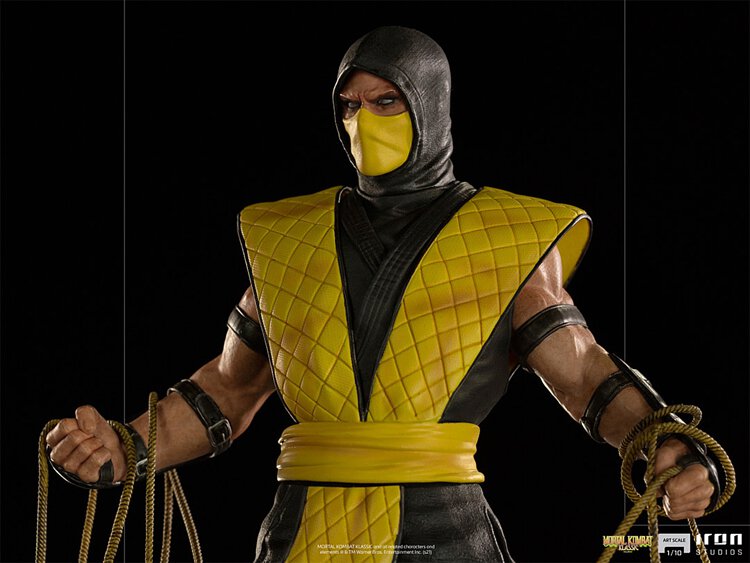 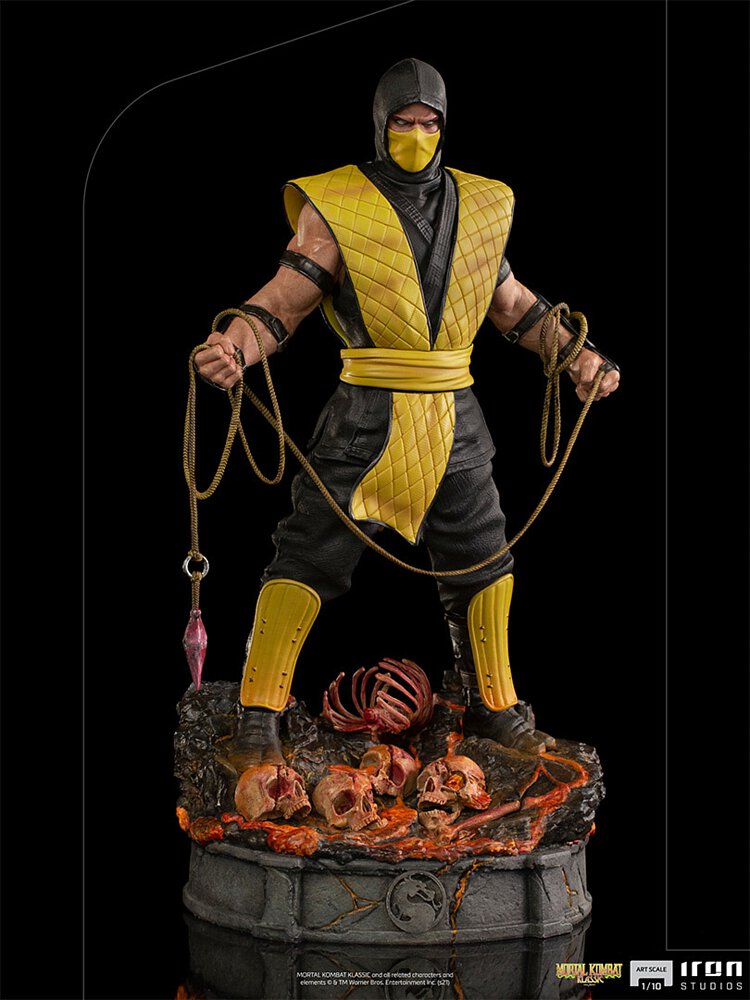 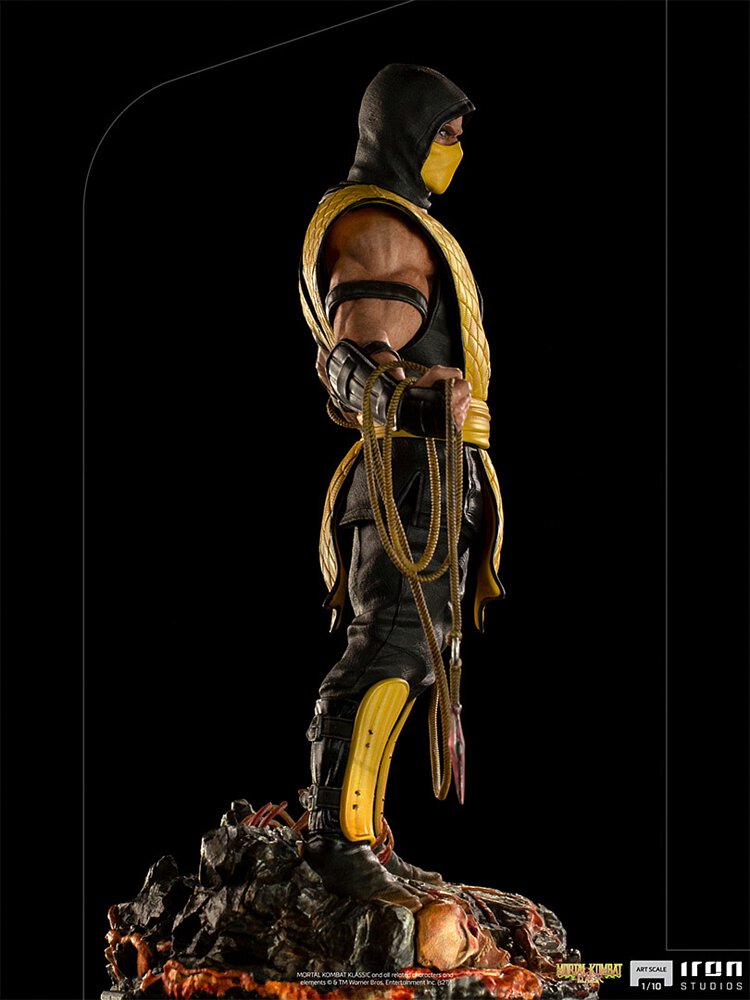 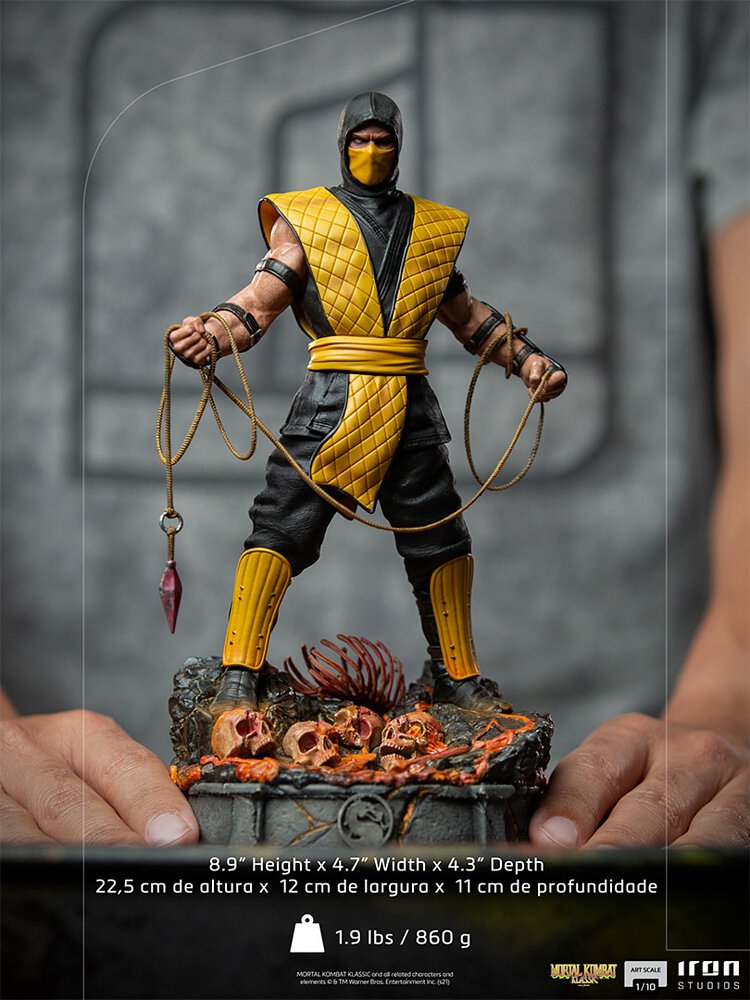