Take your keychain on a journey to magical Agrabahwith a Pop! Keychain Abu and Genie.

Reenact your favorite scenes from the Disney animated classicwith 12-piece Mystery Minis including Aladdin, Jasmine, Genie, Jafar,Rajah, Abu, Razoul, Sultan, Peddler, Aladdin as Prince Ali, Iago, Carpet,Jasmine in disguise and Jafar as an old man, varying in rarity from 1/6 to 1/72.

5 Star Aladdin is ready for adventure with Abu and his magic lamp by his side.5 Star Jafar has his loud-mouthed parrot Iago and magic scepter.5 Star Genie and his magic carpet are ready to grant youthree wishes and maybe take you on a tour of Agrabah.5 Star Jasmine has her loyal tiger Rajah at her side.

Relive the magic and romance of Jasmine and Aladdin’s magiccarpet ride over Agrabah with a Magic Carpet Ride Movie Moment.

A Pop! Jasmine is escaping the city in disguise, while her Chaseholds a delicious apple in her hand. If you’ve ever wondered whatAbu would look like as an elephant, wonder no more. Iago has a lot tosay, and will likely conspire with any villains or evil forces in your collection.Genie is ready to grant three wishes, but remember that it’s againstthe rules to wish for more wishes. And Prince Ali might looklike a real prince, but appearances can be deceiving. 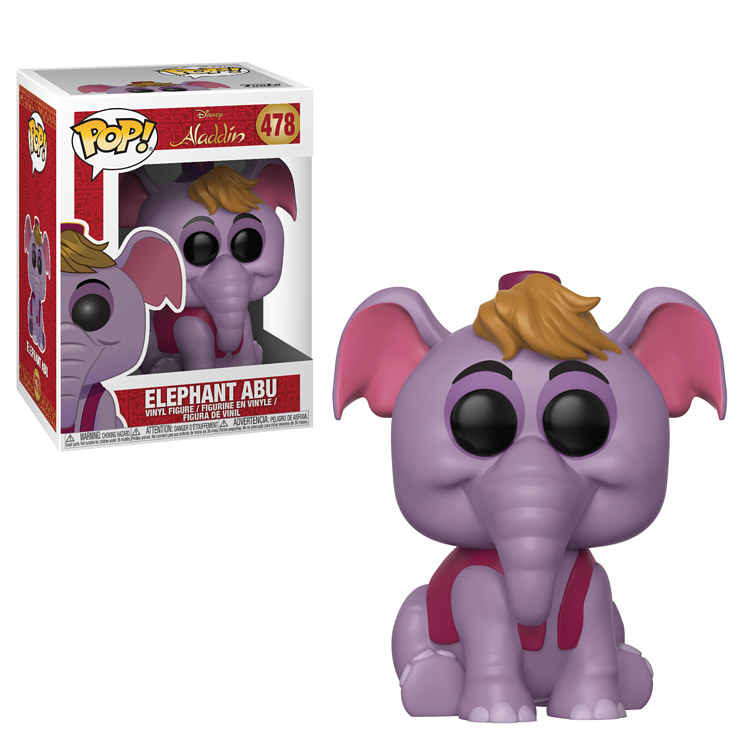